Thanks to a tip off from Stitch in Tyne we visited the fascinating Brancepeth Castle on Sunday to see the craft fair and an interesting building and surroundings. Stitch in Tyne's stall was gorgeous and her bookwarmers and prints seemed to catch many a persons eye. We are now the proud owners of one of her paper cut prints which has pride of place on our mantle piece.

Besides looking round the craft fair, were explored the castle and the surrounding area. The castle has an interesting history due to it having several owners, two of which had the castle confiscated by the crown one for planning to depose Queen Elizabeth 1 and the second for a poisoning scandal. In the 19th century it was restored  and some Victorian Gothic elements were introduced into the structure. It was also a hospital for recovering soldiers from the first world war. It also has a connection with the well known local ditty about Bobby Shafto as Bridget Belsayse who's family lived in the castle in 1701, whose heart was said to have been broken by Bobby.

Here are some photos taken from our little exploration of the grounds. 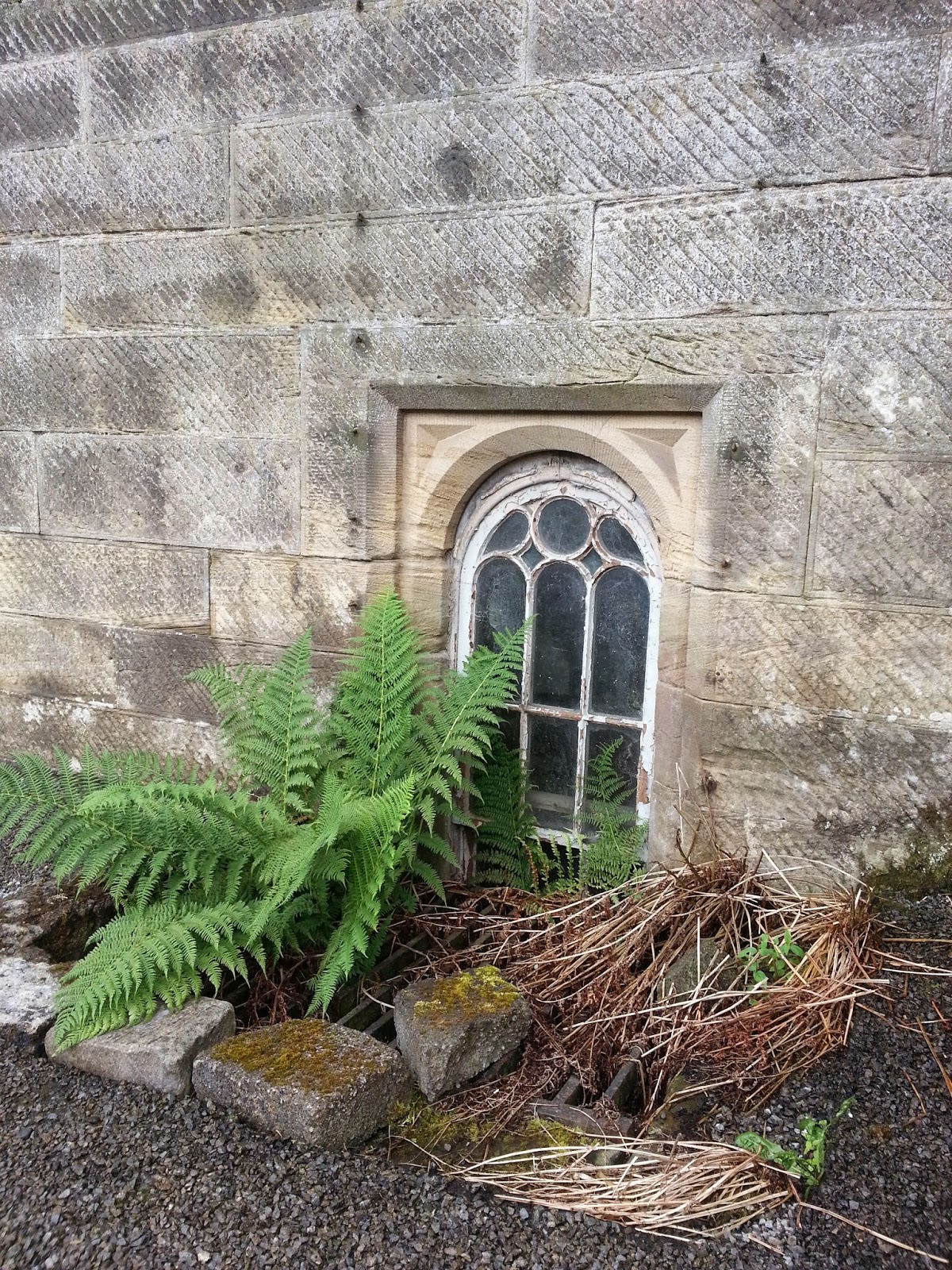 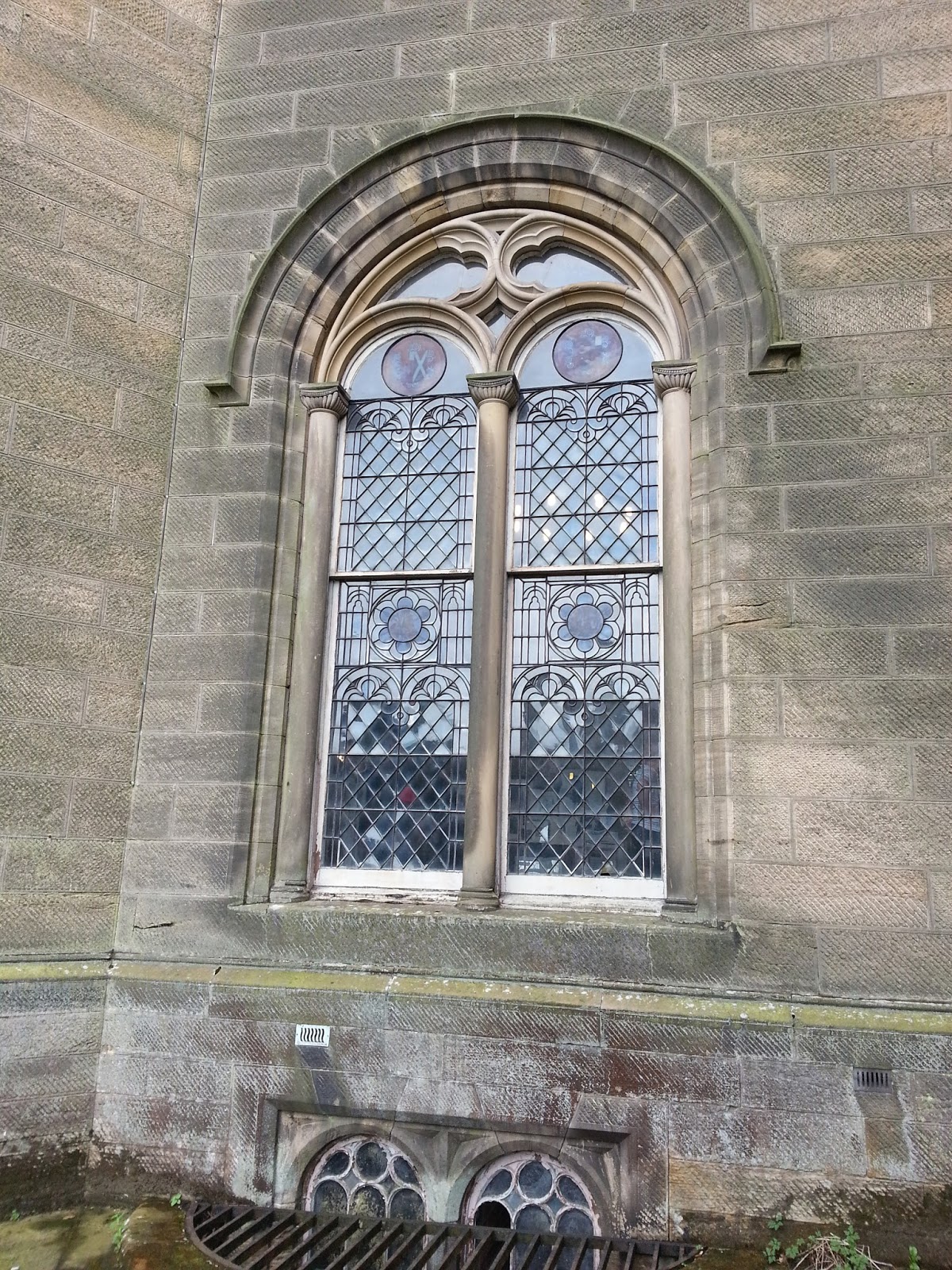 Lovely windows set in lovely Gothic inspired stone work. Even the windows for the basement are pretty. 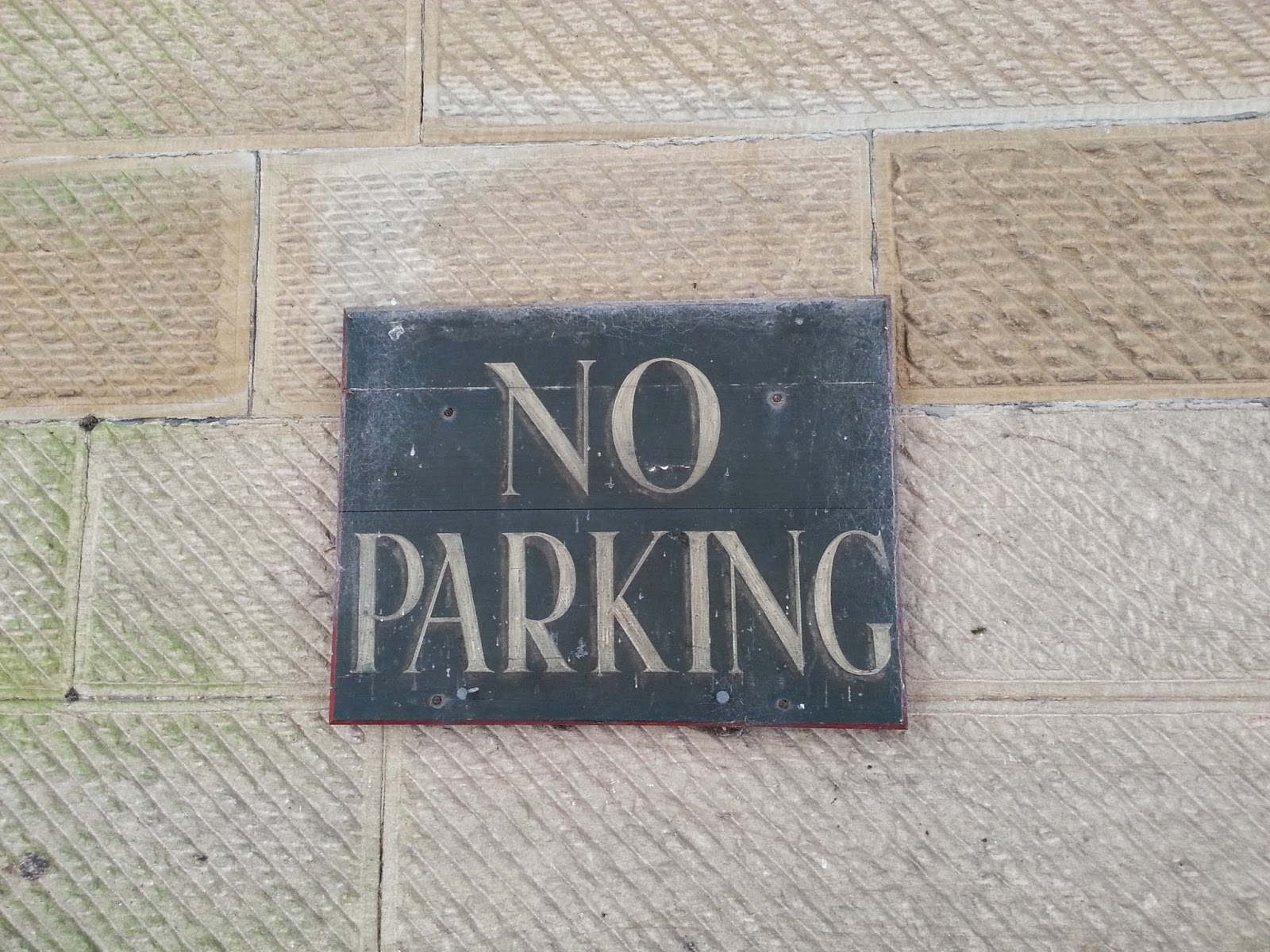 I just loved the font on this no parking sign, and the fact that there was a motorised wheel chair parked underneath it! 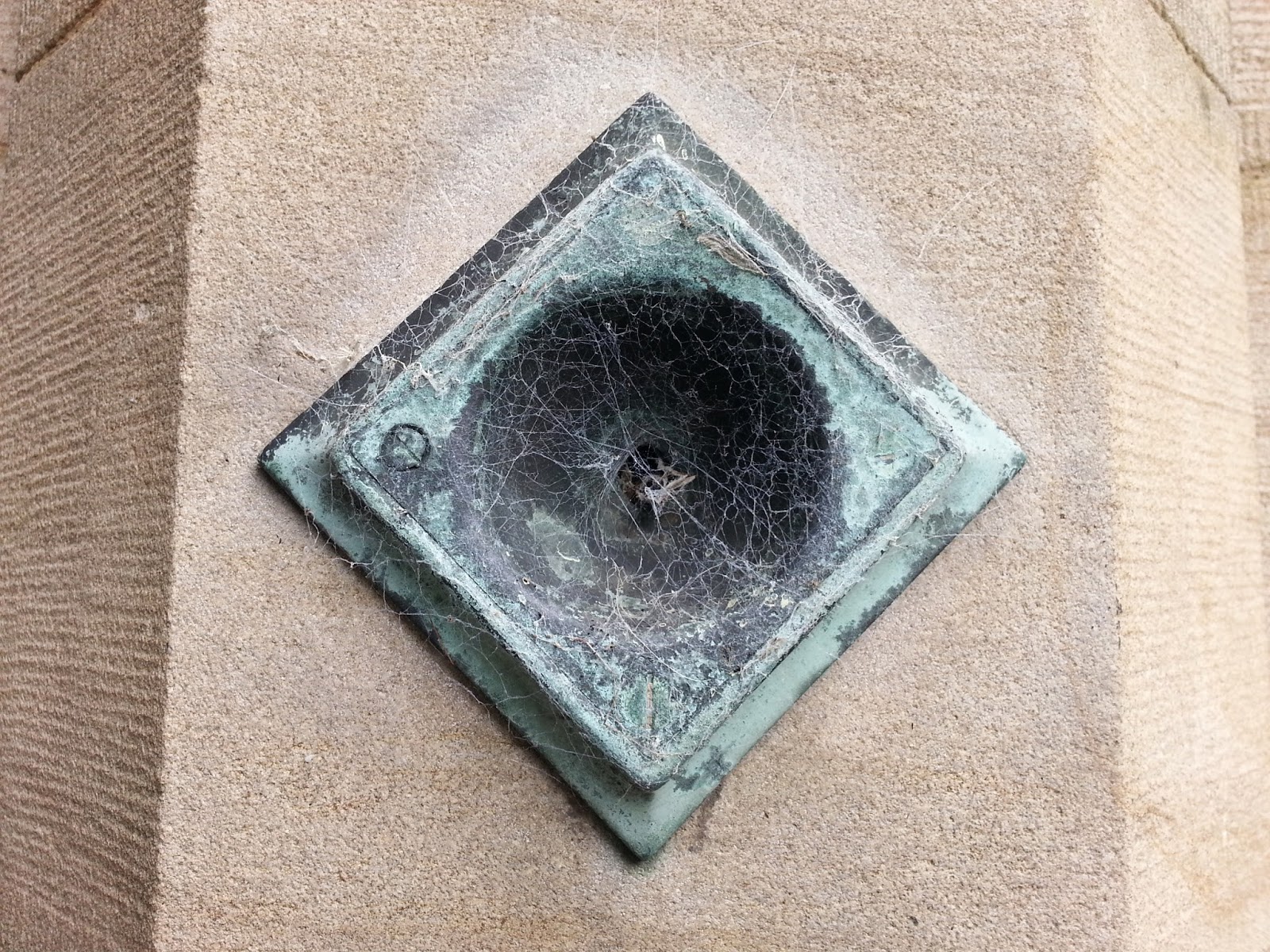 The delicate web adds an intriguing pattern to this old door bell surround. 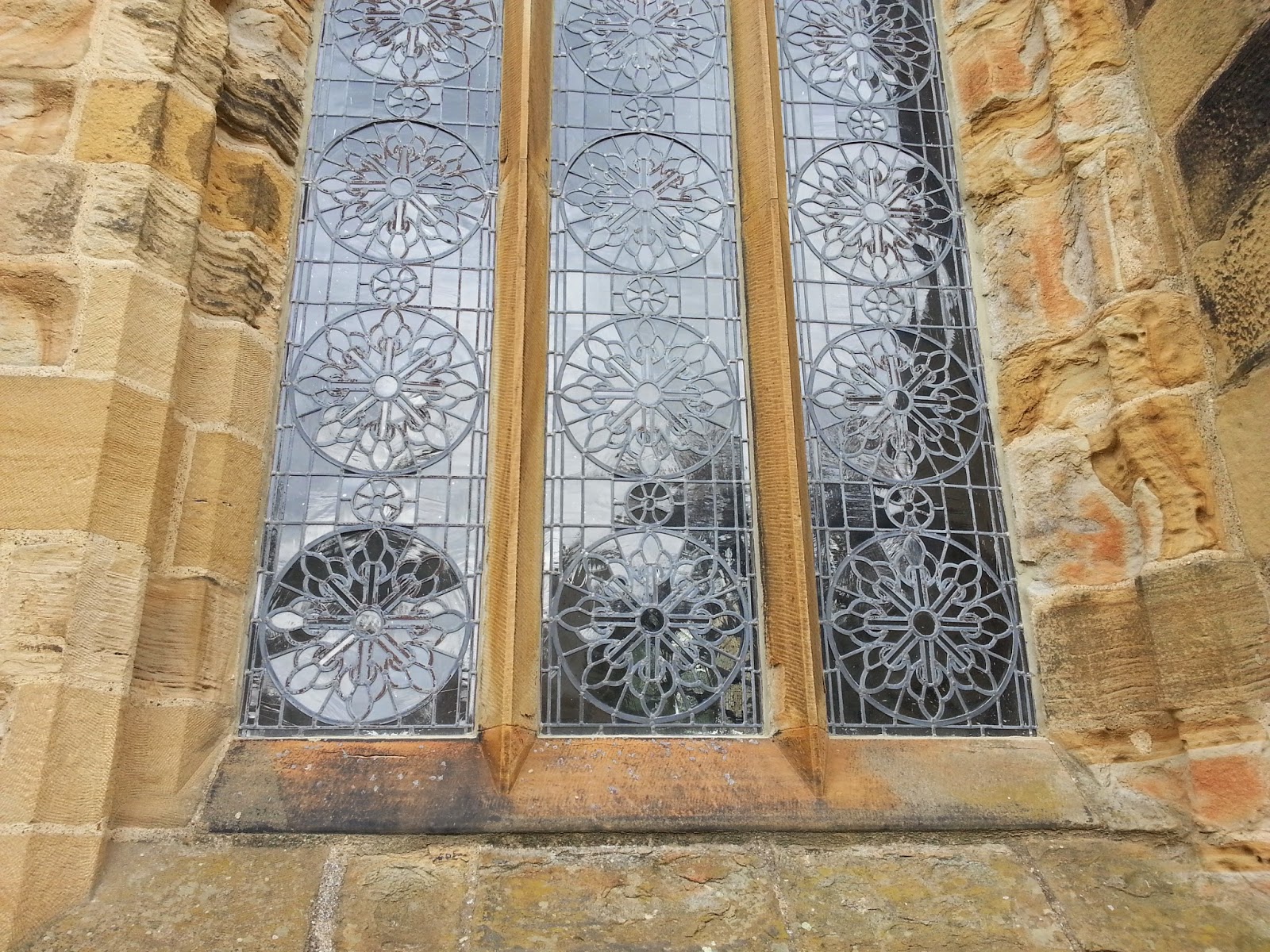 The church next to the castle had some amazing leaded windows all along one side no two were the same. For more pictures of these gorgeous windows pop over to Ballistic Owl 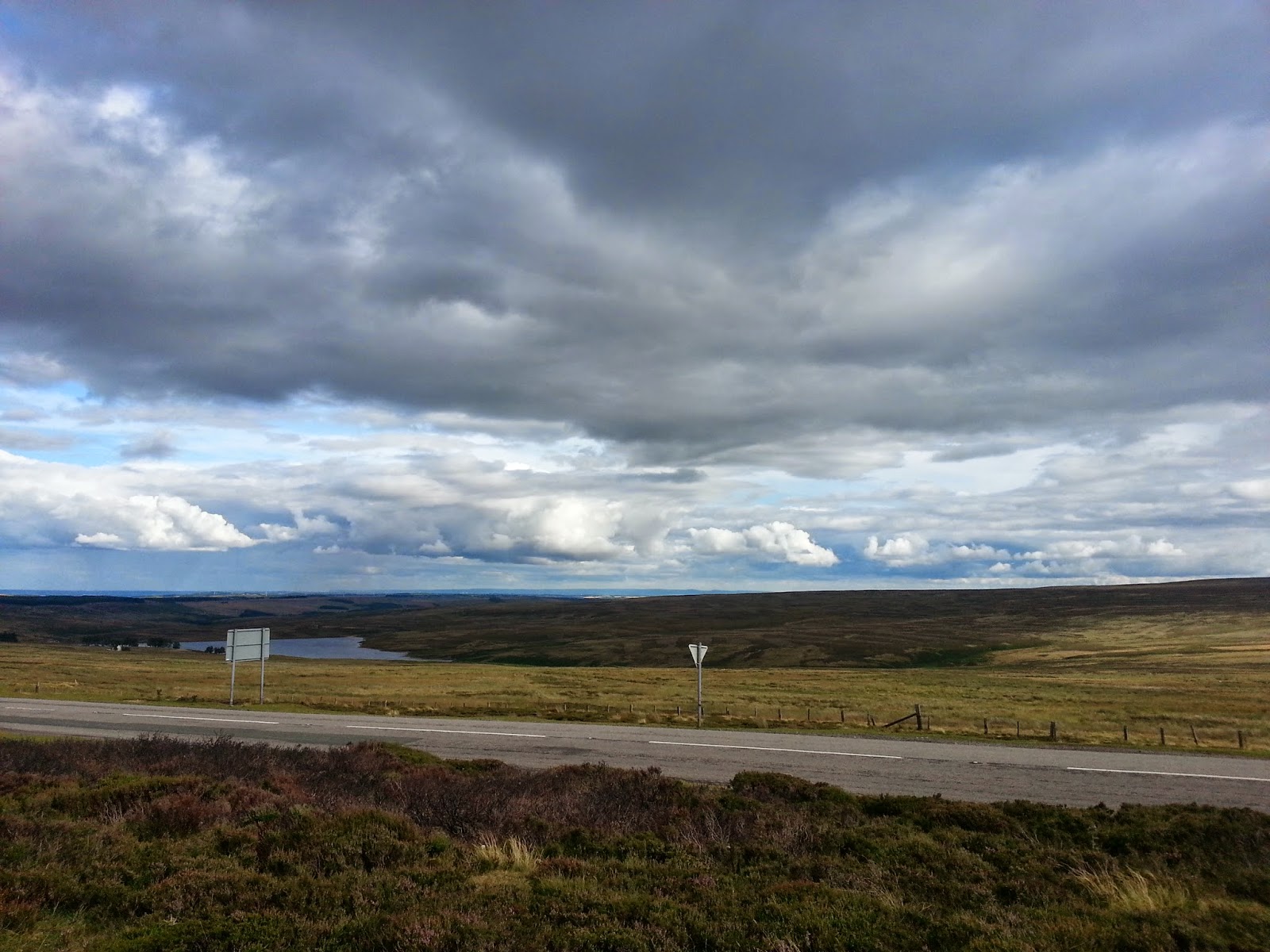 On the way home we decided to drive over the moors and go the long way rather than up the A1. The clouds were fantastic and we just had to stop and watch them for a while. 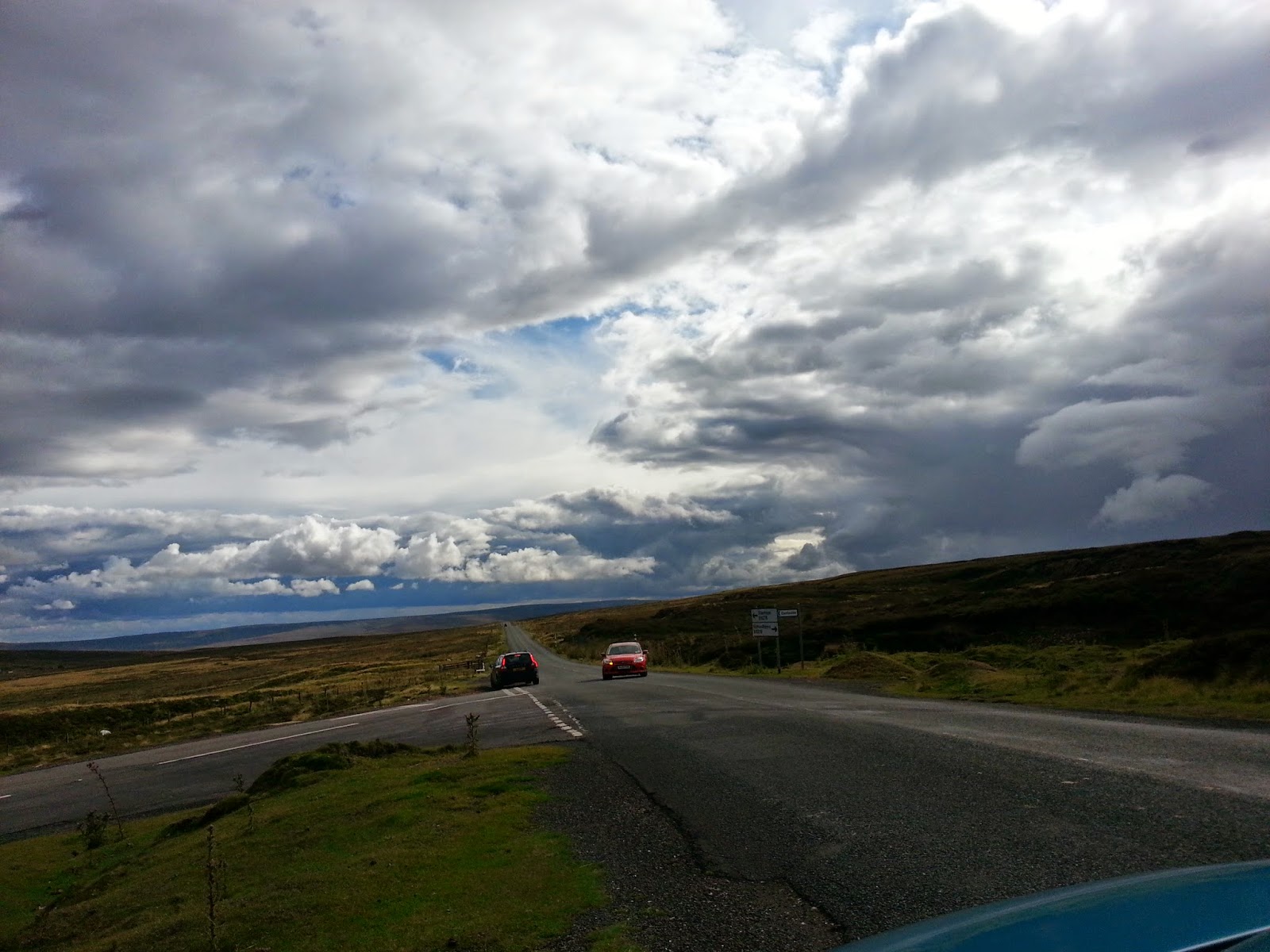 I've quite got into cloud watching and have taken a few photos of ones that have caught my imagination, these hot summer days sometimes seem to produce the best cloud formations.

Reading at the moment: S by J J Abrams and Awakening by Sharon Bolton